This post originally appeared on the Columbia II Writers Workshop blog. It's revived here because I think this audience would appreciate it, too. Enjoy!


Years ago, I went home to Northern Virginia over a school break and met my mom for lunch at Uno Pizzeria. It was on the corner of the most upscale shopping center in our area and it was one of my favorite places to eat.

I’d been away at college for a while and had been writing the novel that would become After December. I knew the story was about Brian Listo, a version of myself I felt confident sharing with others. He was arrogant, privileged, and good at everything he did. He also smoked and drank like it was his job and was kind of a slut.

I loved him. And he loved me back. Through the troubled years surrounding my parents’ divorce and the break-up of our family, when I moved away from Northern Virginia and only rarely went back, Brian was with me.

Imagine how it felt to see him walk into Uno Pizzeria.

As my mom continued talking to me, I watched Brian move through the bar area. Watched him greet his friends who did not resemble the other characters of the book. Watched him light a cigarette and take a deep drink from a tall beer. The afternoon sunlight played on the shades of dirty blonde and light brown in his hair. His grey gaze seared me from across the room.

Neither was Josh, the actor who stood in my kitchen listening to me explain how Brian’s kind of an asshole. And how he’s trying not to be. You know, character arc and all that. Then Josh went upstairs, got in bed with Meli, and filmed the opening scene of the book for the trailer.

Being with an actor who is trying to learn more about Brian so he can accurately portray him was both terrifying and thrilling. Josh looks like Brian. Not as much as that guy in Uno 20 years ago, but a lot like him. And he’s handsome and he has a great smile. But as soon as he started talking, he sounded young. Like Millennial young, and I remembered the literary agent that asked me if After December had to be set in the 90s.

Yes, yes it does.

Josh is a good actor, he really is. Watching the filming of the trailer was awesome. Thanks to Fanatik Productions for putting it together.

Being in the same room with your characters is the ultimate thrill.

A few weeks back, I visited those Northern Virginia locations where the book is set. Many, like Uno, are no longer in business. But I went anyway. Waxed nostalgic for the 90s and crossed my fingers I'd run into Brian Listo again. Of course, he’d probably have his teenaged son with him.

This post originally appeared on the Columbia II Writers Workshop blog. It's revived here because I think this audience would appreciate... 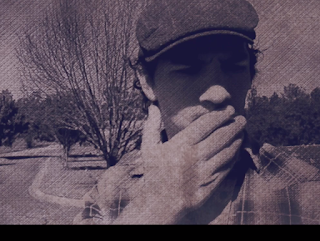 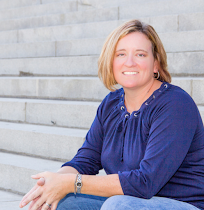 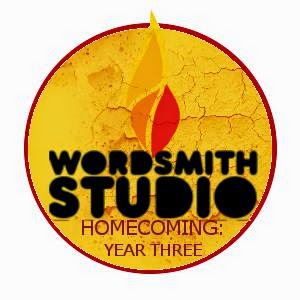